Obviously, WordPress didn’t post this last week when I was on vacation. 😦 Oh, well! Now you get it this week! 😛

Hey, everyone! My cousin and I made a tag. It is called The Animal Book Tag!

2) Thank the person who tagged you (unless you’re not thankful; please don’t lie! lol).

Question #1: What is your favorite book with animals as the main characters?

Hmm… I’d have to say Malcolm At Midnight.

This book is about a rat named Malcolm. He is small for a rat, and thus, many people think he is a rat. He is taken from a pet store to live as a classroom pet. The teacher in this classroom is named Mr. Binney. Malcolm discovers that he can get out of his cage. on is first night out, he sees a meeting of classroom pets. They call themselves Midnight Academy. These extraordinary animals find Malcolm and he joins their group. Malcolm discovers several mysteries and, in the end, saves the day. (copied from my review of it)

Q #3: Which is your favorite animal in it?

Probably Malcolm, since he is the hero. 🙂

Q# 4: What is your favorite scene in it?

Well, it’s been a while since I read it, but I think it would probably be the one when Malcolm goes upstairs and the cat fights him (one of many reasons why I do not like cats 😛 ).

Q #5: What is your favorite quote from the book??

“A critter reveals his true self at midnight.”
― W.H. Beck, Malcolm at Midnight

Elise @ A Lamp to Her Feet

And… because this is the first time this tag has appeared on the Internet (wow, that sounds serious! lol)… I also tag YOU! Thanks for reading!

I’m thinking about re-vamping this whole blog; colors, pics, everything (except the theme). What do you think?? Please let me know in the comments! 🙂 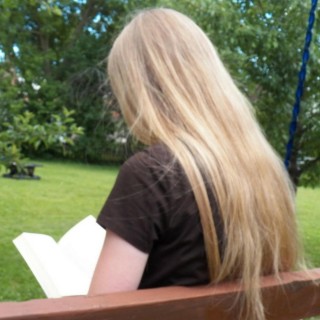