Yes, yes, I know that I have been doing a lot of blog tours recently, and I apologize for that, but… I love getting free books!! 😛 😉

(I am only doing the blog tour for Ivy Introspective today. 🙂 )

“Trapped in a world where she doesn’t belong, twelve-year-old Ivy struggles to keep her head above water as her simplicity is brought to light by her new position as a young lady growing up at Pearlbelle Park.

“After much thought, Ivy’s parents decide to send her to McCale House, a boarding school in Scotland for girls and boys like her. However, scared and worried away from her beloved mother, sister, and nurse, Ivy can’t seem to focus.

“Will Ivy ever learn what Dr. McCale is trying to teach her? Or will she remained lost in her own mind forever?” ~from Goodreads

FTC disclosure: I received a free copy of this book in exchange for a honest review. I was not obligated to leave a positive review. These are my honest thoughts and opinions.

I’m not quite sure what to think of this book. However, I’ll try to gather my thoughts in this review.

Reading about Ivy was very interesting. I liked how she “found the song in her head”. I’ve read about special needs kids being very musically talented, and this seems to agree with that. Violet was a very interesting character… which brings me to another point:

The different places/circumstances where certain characters (SPOILER ALERT!! Mr. Parker and Violet SPOILER END!!) come to Christ are a bit vague. It is implied that they accept Christ as their Lord and Savior, but… it isn’t very clear. ??

I did like to see different characters “grow up”. 🙂 But… in my opinion, some of the adults in this story acted very immature. That seems to be Kellyn’s writing style, though, and I don’t think that it took away from the story. 🙂 Somehow, it fit with the characters’ personalities. 😉

Kellyn Roth was born and raised in the country outside a small town in North-Eastern Oregon. Ever since she could talk, she’s had a fascination with words, always coming up with songs, poems, and stories. Now a homeschooled highschooler, she spends her spare time penning historical novels, several of which have been published.

Welcome to my blog, Kellyn! I have five questions to ask you today.

1) About how long did it take you to write Ivy Introspective?
Years and years and years …
Well, okay, from start to finish it wasn’t quite one year. I wrote the first draft in November 2016 (after much daydreaming, outlining, etc.). And then deleted it and started all over again. I wrote (or rewrote) Ivy Introspective over the spring and summer of 2017. I believe this new draft was finally completed in October 2017.
But it felt like longer. I really took too long to write this one. I even wrote a 15,000-word novella write in the middle of my writing – and published it! Procrastination at it highest, am I right?
2) Where did you get the idea for Ivy Introspective from?
I think the original idea came from wanting to somehow help Ivy (who first appeared in The Dressmaker’s Secret, The Chronicles of Alice and Ivy, Book 1). She has a slight mental disability, and I couldn’t think of a way that she could receive the special training she would need.
In Ivy’s time, anyone who was different was ostracized or put in terrible places that were supposedly mental hospitals but were often more like third-world prisons. And, well, that wasn’t going to happen to my Ivy. Neither was she going to spend the rest of her life hidden. She probably could have learned to live with her disability (which is similar to some forms of autism), but I wanted to write about Ivy learning to be her amazing self in a way that wouldn’t take decades of gradual coping.
So … I decided to go off the rail a little and make up a place for Ivy to go to learn in a special way … a secluded school in Scotland. No, it’s not 100% historically accurate, but I hope it isn’t too unbelievable to have existed.
3) What is your best tip for wanna-be authors?
Just keep writing is a little cliché, and read until you explode has been done too many times. Both of these are stellar pieces of advice, though, and in no way do I seek to discredit them.
I think my #1 piece of advice would be “write what you love.” Do you really love cats? Well, I don’t see why there can’t be cats in your stories. How about the ocean? You can write a story set by the sea, can’t you? Or perhaps you’re a lover of elves – all kinds of elves, from Santa’s Little to Tolkien’s. So put some elves in your story.
I myself really love the classic Grimm’s fairytales. I write historical fiction, but one of the themes in my series, The Chronicles of Alice and Ivy, is fairytale endings and how they play out in real life. There’s a chapter in Ivy Introspective that plays on this idea, and it’s one of my favorites. 🙂
4) What is your favorite line/quote from Ivy Introspective?
Just one?! How could I choose? But I suppose I’d pick this one:
“I never know I can do anything until I do.”
~Ivy Knight, Ivy Introspective by Kellyn Roth
5) Which character in Ivy Introspective is your favorite?
Hmm … I guess Violet Angel. She’s a student at McCale House who “befriends” Ivy. (I put that in quotes because Violet is a sarcastic, unruly girl who doesn’t really “befriend” anyone so much as tolerate them. 😉 )
Thanks for interviewing me, Leona! ❤
You’re very welcome! I enjoyed it. 🙂

And, as usual, there is a giveaway with this blog tour:

There is also an international giveaway for ebook copies of the books. To go to that one, click the arrow under the title of the giveaway (if that makes sense).

Leona is a born-again Baptist young lady who desires to obey God in all that she does. She enjoys reading, music, working on her business, and spending time with her family. Leona reviews encouraging books (and occasional movies or other media) at Great Books for God's Girls. In 2020, she and her brother self-published their first book, "Danger in Detroit", with another book in the works! View all posts by Leona 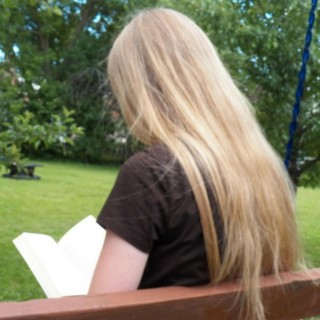 Leona is a born-again Baptist young lady who desires to obey God in all that she does. She enjoys reading, music, working on her business, and spending time with her family. Leona reviews encouraging books (and occasional movies or other media) at Great Books for God's Girls. In 2020, she and her brother self-published their first book, "Danger in Detroit", with another book in the works!